Gay marriage has been prominent in the news this week, which got me thinking about recent events. Some of you may recall the recent case of Carrie Prejean, a contestant in the Miss USA Pageant. In the course of the pageant, the contestants were asked their opinions on various social and political questions. When asked what she thought of gay marriage, Prejean answered:

Something of a media shitstorm followed in the wake of this, with Prejean vehemently condemned in many quarters. I disagree with her comments, though I think the torrent of loathing and ridicule directed towards her in the media has been excessive and cruel. In any case, Miss Prejean enjoyed a period of infamy for the remark and was roundly condemned as a bigot in the media and many places online. It was, I thought, an oddly disproportionate response to a near-nobody expressing what is still, unfortunately, the opinion of most Americans. In 2007, a political figure of some note who had been asked his opinion on gay marriage said:

This statement does not seem substantively different from Prejean, though it is certainly better-expressed. As well it should be, since these words were spoken by none other than Barack Obama, then a Senator from Illinois. Obama’s supports civil unions, but his opposition to gay marriage remains unchanged since making this statement.

So, where’s the anger? Large swathes of Prejean’s critics- and many supporters of gay marriage in general- have argued that any opposition to gay marriage is necessarily rooted in bigotry, and regard support for it as not merely right but a requirement to be considered morally decent. You’d think Obama’s stated opposition would draw more fire. Likewise that of Hillary Clinton and Joseph Biden, who believe the same thing.

Some figures on the Left have, to their credit, taken Obama to task for his views on this issue. For the most part, though, not a whole lot is said, or at least not loudly, and certainly not with the same fury, and it seems odd to me that Prejean gets the hammer dropped on her while the President of the United States- who probably has a bit more potential influence on the matter- largely gets a pass.

On several occasions while growing up, I hit a wall hard enough to leave my knuckles bleeding. The wall had nothing to do with why I was angry on these occasions, but I was so agitated that it was either the wall or somebody’s skull. I couldn’t confront the person who had actually caused my distress. That was partly because I feared facing him, but it was also partly because it was too upsetting to fully, consciously acknowledge the truth about this person. I wanted to believe that he was good, that he valued me. To stand up and say, “The way you treat me is wrong” would have clashed with that. This is a common defense mechanism.

I suspect a lot of Obama supporters who support gay marriage don’t know his actual position on the subject; they just assume, because they admire him, that he shares their beliefs. However, I’m sure plenty do know. If you believe that opponents of gay marriage are despicable bigots, AND you’re one of the many people who greatly admire Obama and consider him a great man, you’ve got a problem on your hands. The Obama phenomenon fired many people’s hopes and won their hearts in a remarkable way. I don’t think Bush ever had that kind of effect; he had plenty of admirers and even a messianic aura for some, but he didn’t create the sort of ecstatic “in love” sensation that Obama brings out in a lot of people.

As I’ve written on before, having hopes raised and then smashed is painful. So, too, is accepting that someone you’ve put on a pedestal isn’t what you thought they were. Even if you don’t have an especially strong attachment to Obama, seriously criticizing him can be uncomfortable if your friends or colleagues do. This is especially true on an issue where, if liberals were to take their own rhetoric seriously, many of them would have to declare Obama not merely mistaken but morally reprehensible.

Enter Carrie Prejean- a person who prominently displays the same flaw as Obama for the whole country to see, but in whom liberals have no emotional investment. She’s an ideal human punching bag. And just like a punching bag, you get a satisfying thump when you hit her without having to worry about hurting your hands or ticking off someone who knows how to punch back. Her pageant remark was a perfect opportunity to make a stand for gay rights without the costs, either emotional or social, of going after someone more relevant. Her very unimportance makes her ideal. I think this idea has implications for a lot of issues, and not just for Democrats, but this is long enough for now.

Email ThisBlogThis!Share to TwitterShare to FacebookShare to Pinterest
Posted by John Markley at 9:43 PM 2 comments

Labels: All Political Posts, Culture and Society, The Left

Learned via Facebook: The Motorhome Diaries crew- Jason Talley, Pete Eyre, and Adam Mueller- were arrested in Jones County, Mississippi for filming a police officer who had stopped them. Talley was apparently choked and pepper sprayed. Eyre was charged with possession of beer in a dry county, Mueller with disorderly conduct and disobeying an officer, and Talley with disorderly conduct, disobeying an officer, and resisting arrest. They are currently out on bail.

Hopefully the attention this has been getting online will do some good. For more info, check out Free Keene and Fr33 Agents. In addition, Talley, Eyre, and Mueller will be on Free Talk Live tonight at 7 PM Eastern time to talk about what happened.

“Disorderly conduct,” disobeying an officer,” and “resisting arrest” are all-purpose charges for anyone the police are pissed off at, and generally mean whatever the hell the police want them to mean. Please help spread the word on this if you can. You can not only help prevent an injustice from being done, but help drag the way law American enforcement all-too-frequently acts into the light of day.

Email ThisBlogThis!Share to TwitterShare to FacebookShare to Pinterest
Posted by John Markley at 1:20 PM 1 comments

Regular readers may recall that a few months ago I made a post in memory of my cat Kira, who died last summer. I adopted a new cat in March, but haven’t gotten around to writing about it until now. Luckily, there’s a shelter quite close to my house, so I didn’t have far to go. 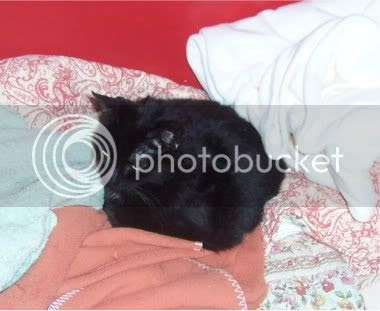 Her name, given by her previous owners, is Midnight. She’s a small black domestic short hair about 6 1/2 years old. I actually first noticed Midnight in precisely the way I first noticed Kira- I walked past her and she brushed her face against my hand through the bars. That piqued my interest, so I stopped and we watched each other for a while. The woman in charge of the cats brought us both into a little side room to see how we got along. She took to me immediately, and I decided to adopt her. 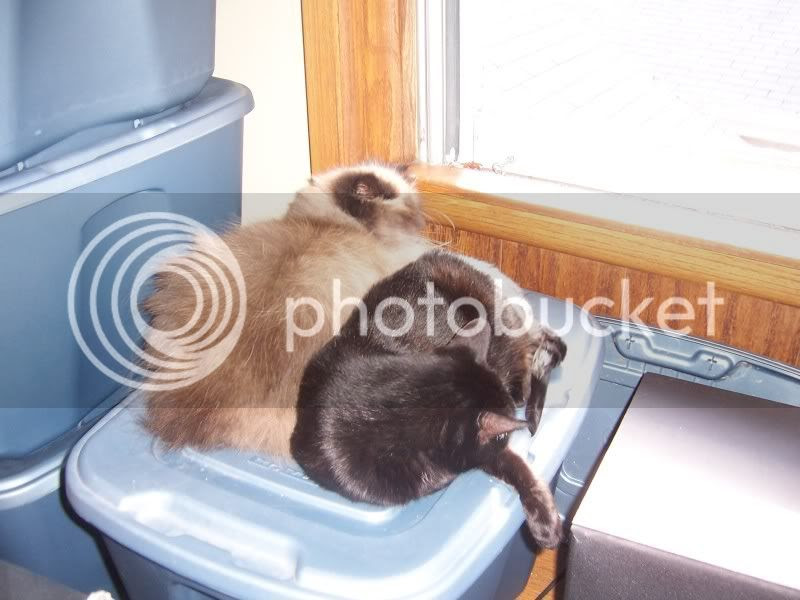 She’s adjusted to her new home quite well. She and my other cat, Toshi, quickly got used to reach other and get along wonderfully. She has several spots by windows that she likes, and she loves sitting in my lap (or occasionally climbing onto my shoulder) when I’m reading, playing games, or using the computer. When she sees me, she makes a sort of squeaking/chirping sound and runs over to rub her head against me. She likes to sleep in my bed at night, either on top of me or on a little pillow I keep in the bed next to my own. 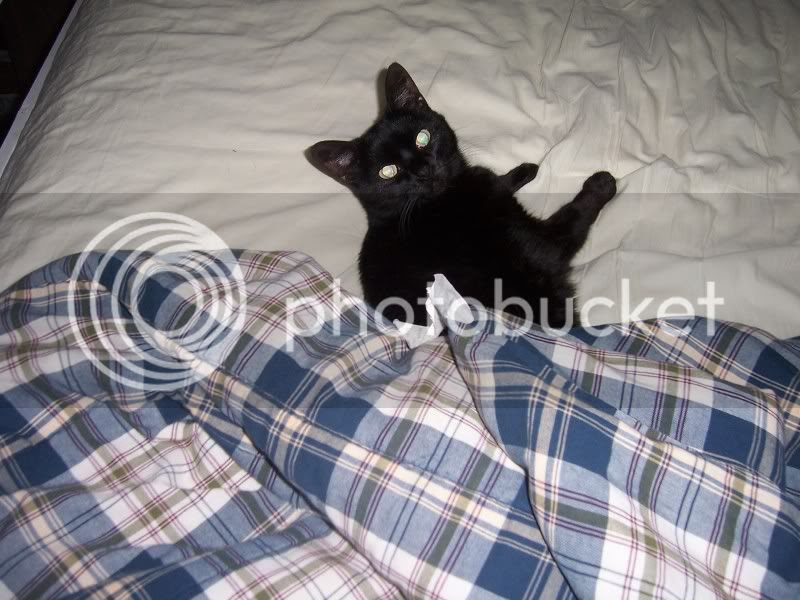 A staggering number of animals are destroyed or left to run feral every year for lack of decent homes. Despite being incredibly friendly, Midnight had fairly poor prospects for adoption: Black cats are pretty consistently the kind least desired by the public, and at 6 1/2 years of age Midnight is also much older than what most prospective pet owners want. If you’re interested in a pet, please consider getting one from a shelter, and please don’t rule out the possibility of getting an adult. There are a lot of animals like Midnight that would love to have a home.

Email ThisBlogThis!Share to TwitterShare to FacebookShare to Pinterest
Posted by John Markley at 8:15 PM 1 comments