My apologies for my absence from this site. I haven't been idle, however- I'm now one of the regular bloggers on Bureaucrash. It's given me a chance to do some "entry-level" writing on libertarianism, which I haven't really done since college. I'll have something substantial here soon, but in the meantime you can check out my posts on Obama's fear-mongering, the real effects of recent "consumer protection" laws, and the innacuracy of government drug testing.

Email ThisBlogThis!Share to TwitterShare to FacebookShare to Pinterest
Posted by John Markley at 5:10 PM 1 comments

Labels: All Political Posts, Economics, Law Enforcement, My Other Writings

Mild annoyance from above 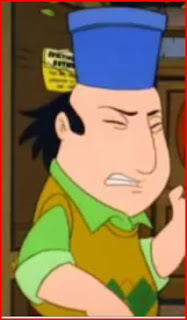 Life is full of surprises. Some people consider this one of its charms, a position that’s always been baffling to me. Case in point: last Thursday afternoon, while I was inoffensively going about my business, a flower pot that someone had evidently positioned insecurely fell from its perch and hit me. Luckily it hit me in the shoulder instead of the head, but it’s still a hell of a shock to have a heavy object whack you from out of nowhere from above and cover you in a shower of dirt.

So basically, my life has turned into a cartoon. And, sadly, it’s a traditional American cartoon based around subjecting the protagonist to sadistic and increasingly outlandish physical abuse, not one of the Japanese ones about an endearingly nerby schlub forced by circumstances to pilot some sort of 50-foot battle robot and/or share a house with a group of foxy female stock characters who are inexplicably attracted to him. Life is not fair.

Email ThisBlogThis!Share to TwitterShare to FacebookShare to Pinterest
Posted by John Markley at 2:20 PM 1 comments